Who invented Angel Numbers? The spiritual origins of special numbers

We sometimes include products we think are useful for our readers. If you buy through links on this page, we may earn a small commission. Read our affiliate disclosure.

Everywhere you look, there are repeating numbers sequences that seem to follow you.

Now, you’re probably wondering, “what’s going on?” or “where are those numbers coming from?”

If you’re ready to learn everything there is about the angel numbers – what they are, who came up with the idea of angel numbers, and where they originated, keep reading.

What are angel numbers?

Are angel numbers real? Or are these digits fabrications of the mind or Divine symbols that exist to guide us?

Angel numbers which you stumble upon frequently throughout your day are real. These divine symbols carry significance and convey special messages and guidance from spiritual authorities to people.

These suggest that the angels, the universe, the Divine (or whoever resonates most with you) are delivering important messages through these numbers.

Angel numbers are usually identified as:

It’s safe to say that when you come across anything from a single-digit to a quadruple-digit number that stands out to you, it’s considered an angel number.

Angel numbers are believed to be more powerful if you happen to stumble upon them multiple times in a row.

Check out this epic guide on angel numbers to gain more understanding about these special digits.

Angel numbers can be anywhere.

You can see these numbers appearing on: dates, clocks, phone numbers, license plates, banknotes, bills, credit cards, addresses, and in most places. You might also see it while watching your favorite Netflix show; while listening to a song on Spotify, or while checking on the number of your YouTube subscribers.

They can even appear in dreams and patterns.

Don’t worry if they seem to be confusing mumbo-jumbo – or if you’re seeing angel numbers even in mundane environments. This is because the Universe can be quite creative in its ways – and these aren’t coincidences at all.

These numbers appear in your life as a reminder that your hopes, dreams, and thoughts are being heard by your angels.

In most instances, angel numbers appear when we’re in dire need of encouragement, spiritual guidance, reminder, or even money.

For instance, you check the time at 8:08, moments later, you receive a phone call from a number that ended in 808. Take this as a sign that angel number 808 is trying to communicate with you.

Seeing these celestial digits is a form of receiving divine messages from hidden sources.

Angel numbers don’t necessarily come from our birthdays (though in some instances, they could do).

If you find yourself coming across particular angel numbers frequently, there are other angel number combinations you could see.

According to Shawn Stone, an England-based psychic medium,

“Angel numbers can change according to the guided messages they are trying to deliver to you. If the same numbers keep on appearing time and time again, then until this message is received the numbers will be repeated.”

Now, let’s discover the origins, who came up with the idea of special numbers, and who invented them. 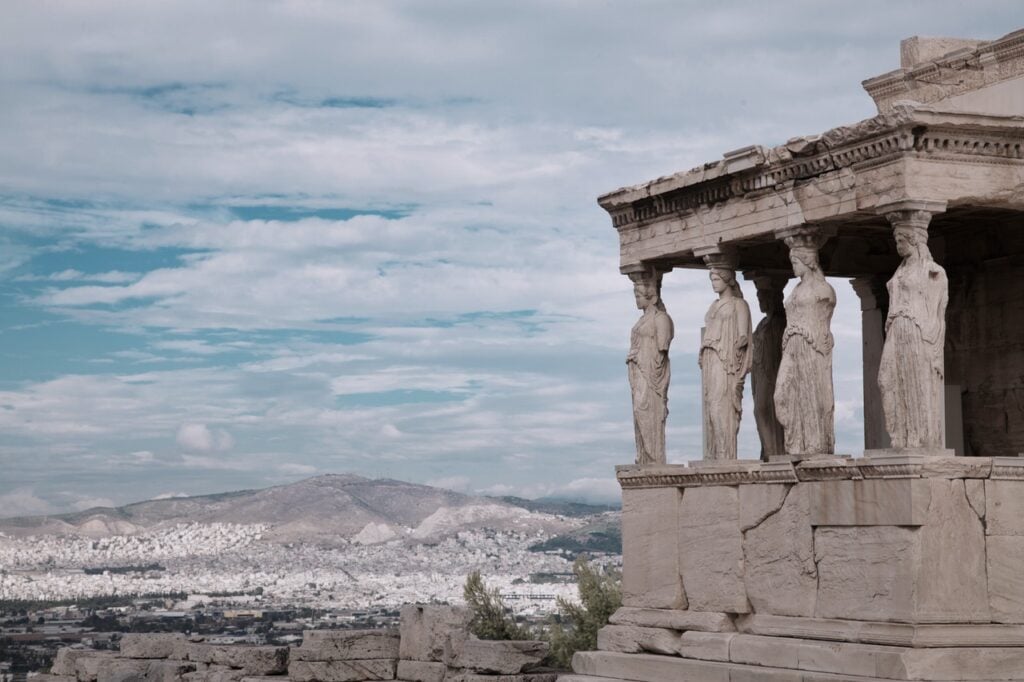 Throughout history, repeated number sequences have been interpreted to bring special hidden messages from the spiritual realm, the Divine, and the universe itself.

Many people associate angel numbers with the New Age phenomena, but the concept of numbers having greater meaning in our life has a much longer history.

Numbers date back to the earliest civilizations.

While the very first “angel numbers” that were used were uncertain, it’s safe to say that one person, in particular, had a significant influence on its “creation.”

Angel numbers stem from the invention and further advancements of Numerology.

Pythagoras, the famous philosopher, mathematician, and mystic of the Greeks in the sixth century B.C.  observed that numbers correlate with the universe. Also known as the “Father of Western Numerology”, he once famously said, “Number rules the Universe.”

His wild fascination with numbers and their divine relationship with events gave birth to what was known as Pythagorean Numerology.

Even if the precise time when Pythagorean Numerology was discovered is unknown, texts that were written hundreds of years after his death credit him with the invention of Numerology.

Pythagoras noticed a link between numbers and the universe. He realized that numbers could be found anywhere. He discovered them in music and noticed that each digit had its language code.

The Pythagoreans concluded that “everything is a number,” which suggests that the physical plane may be described using numbers and measurements. It has had a huge impact on science and mathematics in today’s world since its discovery.

Pythagoras and his followers discovered number facts that made them more interested in number mysticism.

Thus, both Ancient Greeks and Pythagoras are widely believed to be the origin of the most widely used concept of numerology. So it’s safe to say that Angel numbers are mostly based on numerology.

What about the origin of the term “Angel Numbers?”

Numerology has been around for centuries and humanity has studied and used numbers since the dawn of time.

While the terms ‘Numerology” and “Angel Numbers” have been used interchangeably in recent years as they are quite similar. It is the development of the New Age movement which started to coin the term “angel numbers.”

This concept comes from Doreen Virtue, a former new-age teacher who released a book on the topic way back in 2005.

She shared that when certain numbers draw attention to themselves (like when you see 2:22 on a clock and your coffee bill was $2.22), there’s a message from the universe that you have to pay attention to.

The concept of Angel numbers is a connection between numbers and events in our lives. Each sequence of numbers contains a unique vibrational frequency that could be deciphered as a message of guidance from the Universe.

Similar to the concept of numerology, each digit has a specific meaning and characteristics. When placed by themselves or with a sequence of other numbers, these numbers create more unique and powerful meanings.

What about Doreen Virtue’s contribution?

“Angels appear in many different forms to hold your hand through the difficult times.”

Doreen Virtue is a well-known author who brought light to the topic of Angel Numbers. She pioneered the meaning of seeing sequences of numbers and made it a household name.

For Doreen Virtue, everything in the universe has a vibrational frequency. And this frequency can be used to decipher the messages that show up as angel numbers.

Virtue shares that it’s important to be more mindful of the numbers that stand out to you most. These digits contain the information that your angels, spirit guides, or Ascended Masters want you to recognize.

When you notice those number sequences, Doreen Virtue is encouraging you to pay attention to what you’re thinking or what you’re doing at that exact moment.

This will help you better understand the messages that the angels are trying to tell you.

Some are also wondering if angel numbers are derived from Christian teachings and have a religious significance.

Christianity has its concept of numerology which is based on the Scriptures and it doesn’t use the term “numerology” or “angel numbers.”

Some perceive them as an abomination and a form of divination that God detests.

Talking with people with the Christian faith, they believe that angels never draw attention to themselves and that God never communicates through numbers. For if God communicates with you, it will be in the form of vision or dreams.

In a Biblical aspect, God and the spiritual realm never speak to people in numbers or sequences of numbers – and angels never draw attention to themselves.

If you receive a message from above, it will come directly from God in the form of a vision or a dream.

So to answer, angel numbers don’t have any Biblical correlation.

In a spiritual aspect, angel numbers exist as a way for the spiritual universe to bring insight, wisdom, and directionality.

Divinity exists in the universe – and it shows itself all the time in the form of miracles and out-of-body experiences.  And angel numbers are another way to find out the divine energy that the spiritual universe is trying to tell you.

At the end of the day, we are all just trying to be the best person we can be while also trying to connect as closely to God or Source as possible.

And of course, behind all these creations is the Almighty God himself.

Whether you follow some form of Numerology, culture, or religion, the answer remains the same.

And one thing is clear.

We have the power within us to create the life we desire to live. With support and guidance from above, we’ll be able to get through any obstacles that come our way.

We can see angel numbers as a gift that we have been given to receive guidance from the angels.

The angels are helping us to listen and to understand what we might need to hear. These special numbers serve as a reminder that your hopes, dreams, and thoughts are being heard and seen by your angels.

Our spirituality matters a lot – and I hope you’ll find these keys to spiritual growth helpful too.

The appearance of angel numbers in your life is an encouragement to keep on track with your goals and bring you closer to enlightenment.

And enlightenment is the start of what your soul is destined to achieve on a divine level.

Angel numbers enable us to gain a better understanding of where we are in life right now. These remind us of our purpose and what awaits us every step in the way of our life’s journey.

In a way, angel numbers encourage and asks us to:

And it’s all for your highest good.

In a more complex sense, angel numbers can be a way for the universe to reach out to you through various signs depending on which numbers you see.

How to use the spiritual guidance of the angel numbers?

You don’t have to be a psychic or study astrology to receive messages from the “spiritual realm.” All you simply have to do is to be aware of the presence of angel numbers in your life and engage your intuition.

If there’s a number you’re seeing but can’t figure out its significance, these angel numbers lists can help you.

For instance, there are angel numbers for love, soulmates, and twin flames.

These numbers are the universe’s way of communicating with you.

In this digital age, most of us tend to be busy and spend most of our time glued to our phones or in front of our laptops. Thus, we tend to overlook and neglect the spiritual undertones hidden beneath the layers of our reality.

And when we forget to take note of our dreams or listen to the whispers of our inner voice, that’s where the angels come in.

The presence of angel numbers directs our attention towards something that requires our presence and awareness. For if we pay attention, there’s a message that the Universe is giving you.

As we decipher the patterns, that’s when we can set the course of our lives in the right directions – as there are spiritual signs that our life is about to change.

So as we pay attention to the appearance of these angel numbers in our lives, may we all receive the wisdom that’s meant for us.

Remember that while the angels are sending these numbers in our lives, it came from where we all originated – the Divine, and where we’ll one day return.

Check out our epic guide to these individual angel numbers: 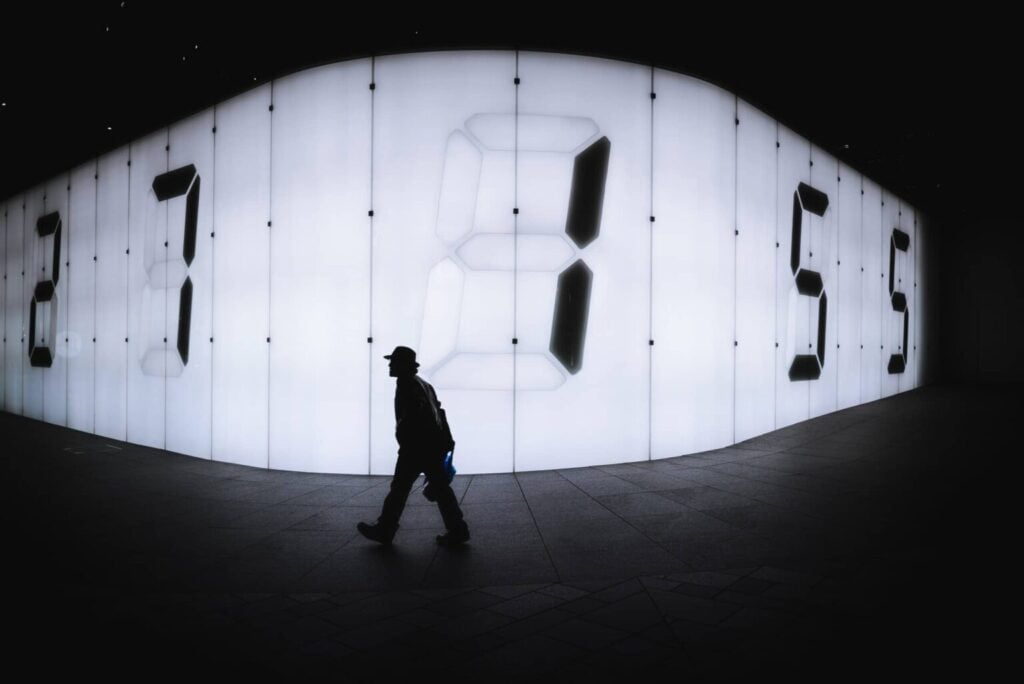 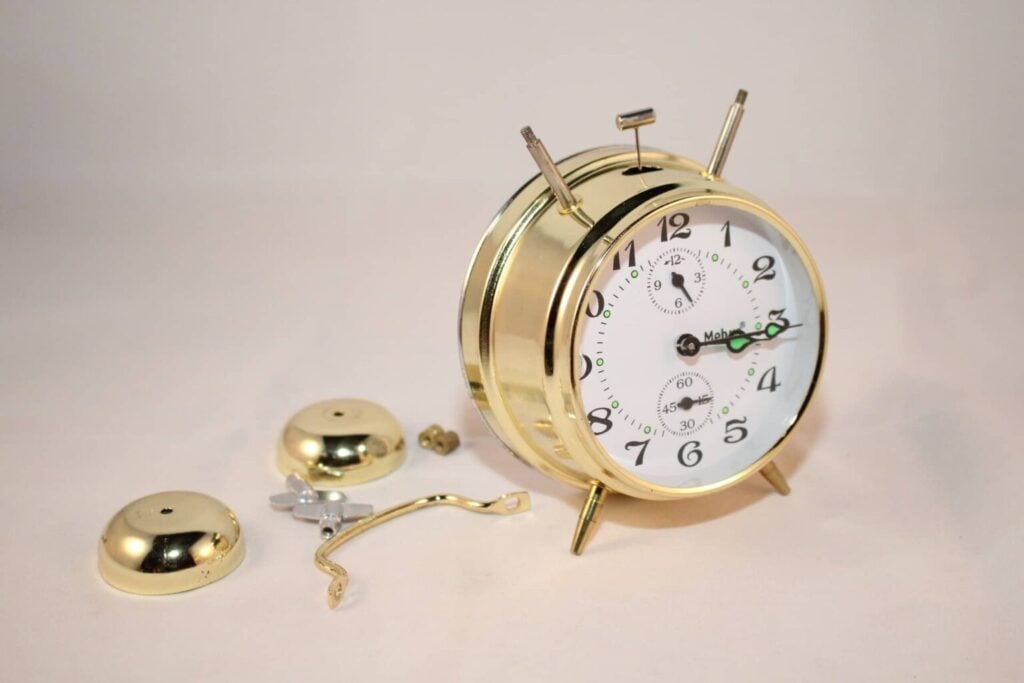